It took nearly a quarter century of apprenticeship for Frenchman Pierre Thiers to found Thiers-Issard, one of the most respected cutlery and straight razor manufacturers in the world. Thiers began apprenticing in blacksmithing at the young age of 10, working 6 days a week and delivering as many as 10,000 hammer blows in a single day’s work. The rigorous daily exertion helped Thiers develop into a strongman –  he was known to carry one 168-lb. sack under each arm.

In 1884 at the age of 24, he had mastered the art well enough to establish his own forge, soon carving out a name for himself. He named his company Thiers-Issard, adding his wife’s family name, Issard, to differentiate himself from other family members who were also razor makers.

Thiers held the reins at his company from 1884 to 1929, when he passed away at age 69, fittingly while working at his forge.

The first trademark for Thiers-Issard, 1889. Via Straight Razor Place

After economic troubles, the Thiers family sold the business to Gilles Reynewaeter in 1985. Gilles was a blacksmith who made knives near Thiers-Issard.

Thiers with his wife.

From Cutlery to Straight Razors

Pierre Thiers actually began his career by producing high quality cutlery, coveted by discerning connoisseurs. Over the years, Thiers-Issard acquired a maker of Sabatier kitchen knives as well as makers of catering and butchering equipment, enhancing its range.

While Thiers-Issard had always created straight razors, it only accounted for 3% of what the company made until the mid-2000s. Gilles Reynewaeter saw the increasing interest in traditional wet shaving, so he began refining production techniques, employing modern technology while still preserving artistry.

What hasn’t changed is Reynewaeter’s commitment to never compromising craftsmanship and quality. Each razor is ground and tempered to exacting specifications, producing a piece that’s meant to be passed down the generations. If you’re lucky, you own one of Thiers-Issard’s legendary singing steel razors, which give you delightful auditory feedback while you shave.

What exactly is pomade?

According to dictionary.com Pomade is a scented ointment, especially one used for the scalp or for dressing the hair or to dress with pomade; apply pomade to. Pomade pronounced,  [po-meyd, -mahd, poh-] Pomades makes hair look slick and shiny. It does not dry out and forms a thick layer of grease on the hair which takes a few washes to get out. i guess the great thing about pomade is that you don’t have to wash your hair often and it still looks good. I’m definitely not trying to promote not washing your hair. Wash it hombre! A new application of pomades always looks better. Pomades can wash out by using warm water and/ or a high detergent shampoo or oily shampoo.

Where did Pomades originate?

Pomades originated in the mid 1950’s. The name pomades comes from a Latin/European background. The french word ‘pommade’ and the italian word used ‘ pomata” means ointment. The Latin word where pomades originated from was ‘poma’ or ‘pomum’ which means apples. This is because mashed apples were the original ingredient in this ointment. Pomades goes as far back as Elvis Presley, pomades was the ingredient to his signature hairstyle and it’s still styling to this day!  Today we see many artists rocking the pomp and using pomade such a Bruno Mars, David Beckham and Zac Efron. Pomades is definitely a trend in 2014 and is only going to get bigger.

What are the different Pomade bases?

Oil based pomade – Grease. Petroleum-based. Mineral-oil based. Oil-based refers to products who have a base ingredient by weight that is a water insoluble. This product takes a lot more washes and a de-greaser to get the pomade out of your hair.

Water based pomade – Water is the main and predominant ingredient. This product can be washed out with water.

How can you use a pomade?

Well, originally it is used in hair to style and get the hold you are wanting for your hairstyle. Now I have seen and heard of barbers and customers using pomades as mustache wax.  The Pomade gives them the firm hold they are looking for and has a two for one deal that comes with using a pomade. Why not kill two birds with one stone!

Some of our favorite products from www.pomades.com: 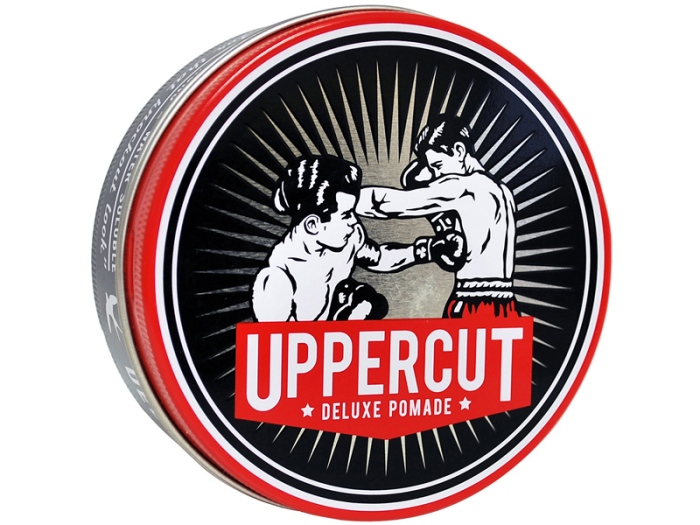